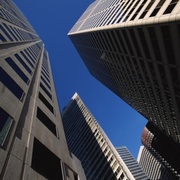 History of Faith and Work Movement

I began travelling and speaking about faith and work issues in 1996 after having a career in advertising. God led me to study the topic of faith and work and its role in the average person’s life. I began writing and speaking on the subject. Since that time I have been in twenty-five countries and spoken to hundreds of thousands of people about their calling in the workplace and the value it has by God. I have encouraged believers to know that their calling in their working life is a Holy calling, not a second-class calling. Now, twenty-five nations later and ten books later, I have learned one overwhelming fact: Christians do not have a theology of work.

When I travel and speak I often ask this question: “How many of you believe that your local church has effectively trained you to apply biblical faith in your working life?” The answer to that question consistently reveals only 10% of people respond affirmatively. The issue is not a question of being taught the Bible, for many of these respondents are in dynamic, Bible-teaching churches. It is a question of relevance. Churches have not been breaking down the Word of God for their average member in such a way that they can understand it and how it relates to their lives where they often spend 60-70% of their waking hours.

If you were like me you were encouraged to see the top three categories reflective of a culture that believed in God. However, the last two categories are alarming. Arts and Entertainment and the Media are the two main industries that actually define culture. They shape what we believe and don’t believe. Those operating in these industries do not hold any form of Biblical worldview and contributes to why we are seeing our culture move to being more liberal. All of this has a direct relationship to not teaching a theology of work in our churches, seminaries and Christian colleges.

The faith and work movement had its beginnings in the 1930s through CBMC (Christian Businessmen’s Committee) and the Full Gospel Businessmen International that began in the fifties. This movement was an evangelical movement designed for Christian executives to have a platform for sharing Christ. The next phase of the movement began in the 80s and had a focus on applying the Word of God to how I do business. In 1985 the International Christian Chamber of Commerce (ICCC) was founded and now operates in 105 nations. This focus was about applying the Bible to all aspects of work.

In the mid-nineties another shift took place. This was when groups like Pinnacle Forum and Bob Buford’s Halftime came into being. These groups had a focus of impacting culture and the community through social entrepreneurship. Our organization, Marketplace Leaders, was birthed in 1996. The late nineties was also the time when the Billy Graham organization, Ed Silvoso, Dr. Henry Blackaby and Dr. Peter Wagner began to speak about this new move of God in the workplace. In the 2000s we now see an emerging trend to help churches better equip men and women in their work life calling through groups like His Church at Work.

Today we are also seeing another trend to refocus our attention on helping Christians have a Biblical wordview. In 1975 Bill Bright and Loren Cunningham both got a “Word from God” as they put it. The word was that “if we expect to impact culture for Jesus Christ, we must focus our attention on seven mindmolders (some say gates or mountains or pillars) of the culture. These include business, government, arts and entertainment, media, family, religion and education. These seven sectors are the core sectors that define culture. “Win these and you win the culture,” they would say.

In 2006 to our present time we are seeing a birthing of teaching programs from groups like Focus on the Family that produced The Truth Project; Rick Warren, pastor and author of The Purpose Driven Life launched through his church, Saddleback, the Wide Angle: Framing Your Worldview program. Other notable ministries began speaking out and teaching about a biblical worldview and the need to focus on reclaiming the seven mountains of culture. Our organization, Marketplace Leaders, holds an annual conference on the theme, Reclaiming the 7 Mountains of Culture (see www.Reclaim7Mountains.com).

Creating Communities of Faith in the Workplace

Are any of you as owners/leaders of businesses working as we are toward creating communities of faith within the workplaces that you lead?This forum should be a great place to share useful…Continue

One thing that I love about the NEW MEDIA that is SOCIAL NETWORKING is the ability to IMPACT Thousands of people without "permission" from the large media networks and powers that be.  In fact, if…Continue

You need to be a member of Workplace Ministry Leaders to add comments!

The local church has become a cruise ship that often panders to providing more programs to its members to make them happy and to retain members and attract them to the building, instead of being like an aircraft carrier designed to equip and release those who are there only to be trained to fulfill their own mission in the marketplace where they spend 70% of the their time and where 97% of the Church is.

Comment by Donna Juliana on June 23, 2010 at 5:17am
I didn’t know I was meant to minister ‘full time’ at my place of work & that I’d be held accountable for the people Jesus brings into my life (at my place of work) until a few years ago when I heard a preacher talk about professionals/ workers being fulltime ministers at their workplaces & that we’ve been give special grace to communicate/minister to our colleagues & that out Pastors will not be held accountable for our colleagues who may never step into church but interact & work with us daily

I now strongly believe that the companies/organization’s we work for are our mission field.
I believe that we are to intercede/pray for His (God’s) will to be done at our places of work as it is in Heaven & for His kingdom to be manifest. Some of our workmates will never step in a church & God depends on us to intercede /pray until the Holy spirit convicts/convinces them to accept Jesus Christ as their Savior & Lord. The bible says He (Jesus) was manifest to destroy the works of the devil & I believe we are placed/positioned at our places or work to do the same.