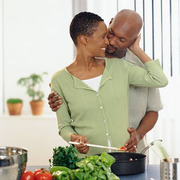 Impact and change the world at the nucleus of society: Relationships, especially Intimate Relationships! This group offers an invitation to hope, healing, growth, joy and bliss with practical tips, discussions and food for thought

Welcome to the Love and Intimacy Group!


Love, passion, romance, intimacy, closeness, excitement.... What is it like to experience each of these emotions at the highest level day after day? What are the secrets of couples who are able to sustain their love and passion for 20, 30 or 50 years? And what can you do right now to create an even more loving and passionate relationship?

Greatest gift of life: your intimate relationship
In the beginning ....

"So God created human beings in his own image. In the image of God he created them; male and female he created them." Genesis 1:27 (New Living Translation).

In my understanding, whatever God created: the earth and anything on it, including human beings are the physical expression of what exists in the heavenly eternal realm. We are experiencing a ‘type and a shadow’ of the real.

Just like ‘Adam’ (human being) was taking out of God with the purpose to be united again out of choice and not due to a default relationship, so was the feminine taken out of the human being which then became the masculine to be re-united. Adam was put into a big sleep during this operation to receive his bride, which is a ‘type and shadow’ of Jesus’ death to redeem His Bride.

I could share with you an entire teaching on this, but just want to point out that God does not do things without a higher purpose being shown.

God created sexual intimacy not just for procreation but also for pure pleasure, a pleasure that goes beyond mere physical pleasure.

Because this group might attract ‘eye-balls’ from various readers, I shall express myself carefully here. But suffice it to say that the female anatomy not only has around 8,000 pleasure nerve-endings at the ‘equivalent’ genital area of a man, double the amount of nerve endings than the male, but on top of it, it has absolutely no function whatsoever other than pleasure. Why would God create it this way? So that a woman should not experience the fullness of it??

In fact intimacy goes way further than that. It’s not just meant to be localised to one area but spreading out throughout the entire body, through the emotions, the soul and the spirit. Yet the devil stole this knowledge and the experience, leaving behind pain, and a whole world of abominable filth, including an addiction to pornography in place of the beauty of marital intimacy.

Intimacy is often only associated with sex, but it is so much more!
Intimacy = Into-Me-You-See has to do with really knowing each other, which is also the Biblical word for it.

Genuine love, passion and Intimacy between a couple is possible to sustain if you know how.

It’s time to not only spend time in prayer and fasting for loving relationships, but also build some practical knowledge into the Body of Christ to restore and bring healing to an area neglected most in the church.

Will you join the army of love, passion and intimacy restorers so that healthy families with healthy children will rise up to be able to lovingly nurture those wounded coming in from the ‘world’??

(if you have a personal question and would much rather deal with it confidentially, then get in touch with me directly via email click here)

I would have to agree with Stephen Covey:

"I am convinced that if we as a society work diligently in every other area of life and neglect the family, it would be analogous to straightening deck chairs on the Titanic."
-- Stephen Covey

We have been married over 33 years now and have fully embraced our empty nest stage. it seems like we are talking non stop, a kick back to our courting days and a reversal from so many of the years…Continue

What are your thoughts? Not some Do's & Don't and Should's or Scriptures. We can all come up with a battery of scriptures and play the game of who knows most mariage scritptures. This post is…Continue

As men bond with women it'll increase the hormone called oxytocin. Oxytocin is a hormone that is very important to women as it lowers women's stress levels. However it does not lower men's stress…Continue

You need to be a member of Marriage & Sexual Intimacy - Family Mountain to add comments!